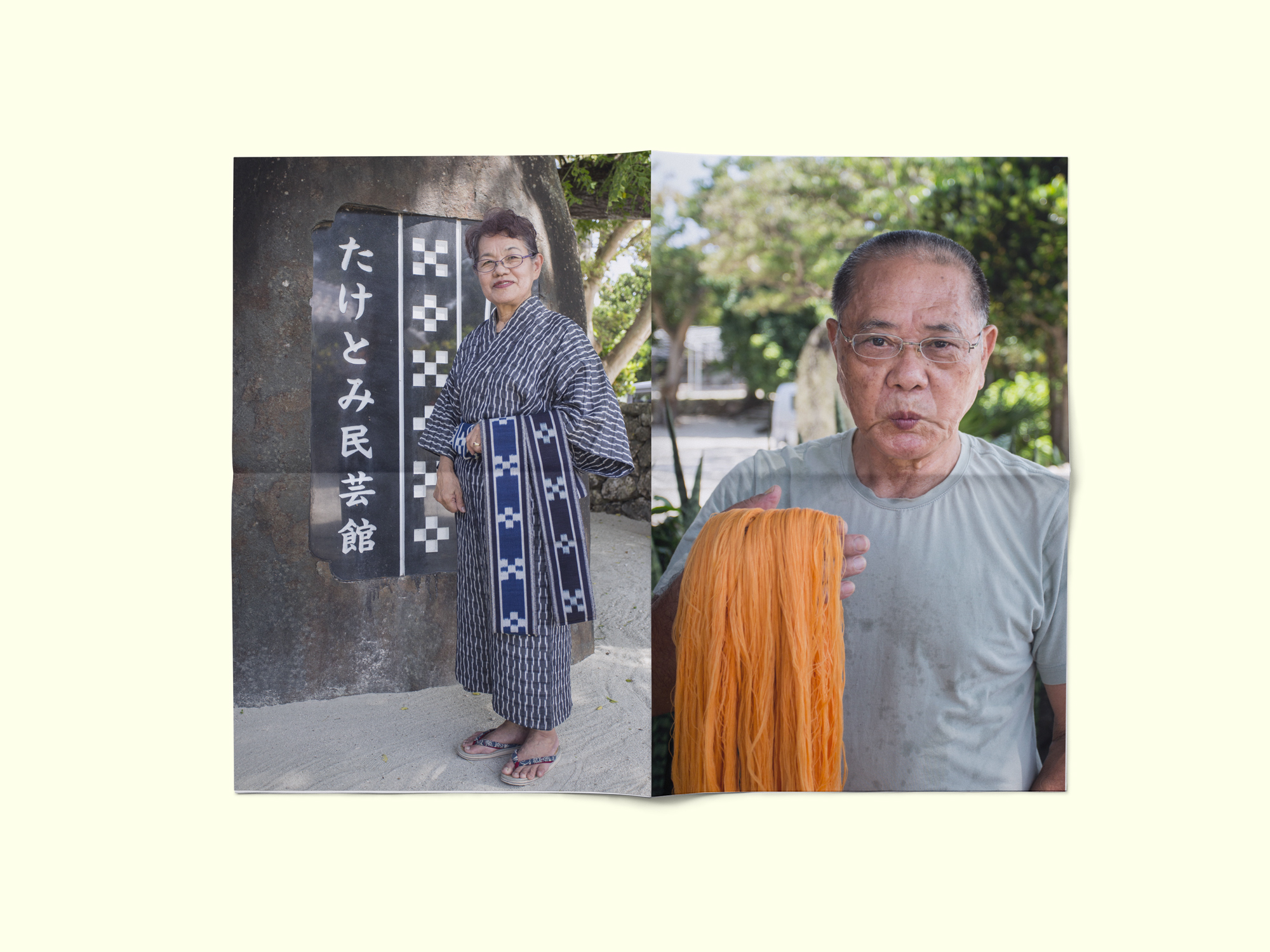 Several years ago, I felt a stroke of grace and realized who I am: a fourth-generation weaver, handspinner, and dyer, just like the three generations of Ryukyu bashofu weavers before me. At that moment, I decided to begin a journey to preserve my family’s weaving heritage. I was born in Naha, Okinawa, Iapan. In my youth, my parents moved to the United States, and despite our physical distance from Okinawa, we maintained close ties to our family and culture. However, it was not until I began my weaving journey that I began to under stand the place of handweaving in my cultural heritage.

A HISTORY OF HANDWEAVING

The Ryukyu Islands are an archipelago located southwest of mainland Iapan. Okinawa Island, my birthplace, is the largest inhabited island in the archipela» go and is located about 900 miles (1,500 kilometers) south of Tokyo, on the East China Sea. The Ryukyus were once an independent kingdom, the Ryukyu Kingdom, and ﬂourished as a trading nation. Due to its location along an ocean trade route, the Ryukyu culture was shaped by inﬂuences from China, Korea, Japan, and Southeast Asia. Weaving and dyeing techniques in the Ryukyus were learned from neighboring countries around the ﬁfteenth century. The people of Okinawa (the Uchinan-chu) took these skills and developed a unique textile culture of their own. In the seventeenth century, handweaving skills developed among the Ryukyu population after the invasion of the Satsuma clan from mainland Japan. The Ryukyu Kingdom was required to pay taxes to the Satsuma, and since Ryukyu textiles were revered by neighboring nations, the textiles became a key commodity and were important to diplomacy. The Ryukyu court developed adminisa trative guidance documents on textile designs, which contributed to the further reﬁnement of Ryukyu weaving. The documented designs include those of my own family—bashofu abaca cloth and silk handidyed with natural dyes and handwoven with kasuri ikut patterns representing the natural beauty of the islands; bashofu and silk handwoven with Shuri ori designs (a supplementary-weft structure from Shuri, the capital of the Ryukyu Kingdom); and, colorful bingata surface designs handidyed onto handwoven bashoﬁi and silk cloth. By establishing a high standard of quality for the island handweavers, the Ryukyu rulers ensured that tax payments, in the form of handwoven textiles, would be satisfactory to the Satsurna Clan. So, the Ryukyus became a land of handweavers, and handweaving and the associated dyework became an integral part of people’s lives.

CARRYING ON THE BASHOFU TRADITION

Bashofu abaca Cloth, made from a bast ﬁber, is one of the most revered fabrics of the Ryukyus. It originates from the ito basho banana tree, a non fruit-producing tree. The processing of basho threads is a long and arduous one—the ﬁber is cut from the tree trunk and retted, threads are separated and handtied, handspun, and hand-dyed. Hence, it takes a village or at least a large family to prepare the basho threads for handweaving. My own grandmother and her siblings learned bashofu weaving from my great-grandmother. They lived and worked in Izumi Village on northern Okinawa Island where the people are known for their Ryukyu Ai (native indigo) production and dyework. Most of these handweaving-related skills are handed down from generation to generation. I learned about the processing and weaving of basho threads from my grandmother. My mother taught me to tie Basho threads, and my cousins often answer my questions about natural dyework.

Certainly the single most important handweaving skill was taught to me by Scharines grandmother at age 103 my grandmother when she was 103 years old, and shortly after, I made a commitment to carry on our family legacy. She told me to “treasure each thread as I weave it so that the fabric becomes ﬁlled with my feeling.” The more I explore my weaving heritage, the more I understand the meaning of her words. Over eighty years ago, my grandmother had woven a kasuri ikat bashofu kimono as a gift for my great»aunt. I had never seen it, so my great-aunt invited me to her home where she modeled the kimono for me. As she wore the kimono, her face beamed with a sense of happiness and peace. Although my grandmother had passed away, I could sense that her spirit was present in her handwoven kimono, andI could see that this ﬁlled my great-aunt with joy. During that same visit, my greatiaunt, a bashofu weaver herself, gave me some of her own indigoidyed basho threads that she had processed over sixty years ago. She felt that I should have the threads at this moment in my life, when I was beginning to understand our heritage, our culture, and what it means to be a handweaver. I was humbled by the gift and even more so when she showed me her handwoven bashofu and silk samples. Her handwoven samples document the various stages of her life and signiﬁcant events. My great-aunt’s handwoven silk and hemp sample is the most memorable for meAshe wove the cloth shortly after World War II when she had nearly lost everything. The hemp was provided by a local ﬁsherman who shared his hemp ﬁshing net with her to incorporate into her weaving. As I work to preserve my family weaving heritage, I ﬁnd that the path is full of new discoveries. I’ve made many friends. I am grateful that so many handweavers have provided inspiration and have generously shared-their wisdom and experience with me. My friend Fujiko is a good example. She grows ito basho trees on her farm and processes the threads with her husband on northern Okinawa Island. She endures hard work—it takes two hundred basho stems, twenty thousand handtied knots, and six months to make a single kimono. When I asked Fujiko why she does it, she said that she wants to “have a meaningful life.” On my personal voyage of discovery and preservation, I have discovered that the processes of handweaving and our handwoven cloth embody our very being in the Ryukyu culture. Now, every time I sit at my Okinawan high loom in my weaving studio, I work to “weave my soul into the fabric.”

We use cookies on our website to give you the most relevant experience by remembering your preferences and repeat visits. By clicking “Accept All”, you consent to the use of ALL the cookies. However, you may visit "Cookie Settings" to provide a controlled consent.
Cookie SettingsAccept All
Manage consent

This website uses cookies to improve your experience while you navigate through the website. Out of these, the cookies that are categorized as necessary are stored on your browser as they are essential for the working of basic functionalities of the website. We also use third-party cookies that help us analyze and understand how you use this website. These cookies will be stored in your browser only with your consent. You also have the option to opt-out of these cookies. But opting out of some of these cookies may affect your browsing experience.
Necessary Always Enabled
Necessary cookies are absolutely essential for the website to function properly. These cookies ensure basic functionalities and security features of the website, anonymously.
Functional
Functional cookies help to perform certain functionalities like sharing the content of the website on social media platforms, collect feedbacks, and other third-party features.
Performance
Performance cookies are used to understand and analyze the key performance indexes of the website which helps in delivering a better user experience for the visitors.
Analytics
Analytical cookies are used to understand how visitors interact with the website. These cookies help provide information on metrics the number of visitors, bounce rate, traffic source, etc.
Advertisement
Advertisement cookies are used to provide visitors with relevant ads and marketing campaigns. These cookies track visitors across websites and collect information to provide customized ads.
Others
Other uncategorized cookies are those that are being analyzed and have not been classified into a category as yet.
SAVE & ACCEPT
error: Content is protected !! 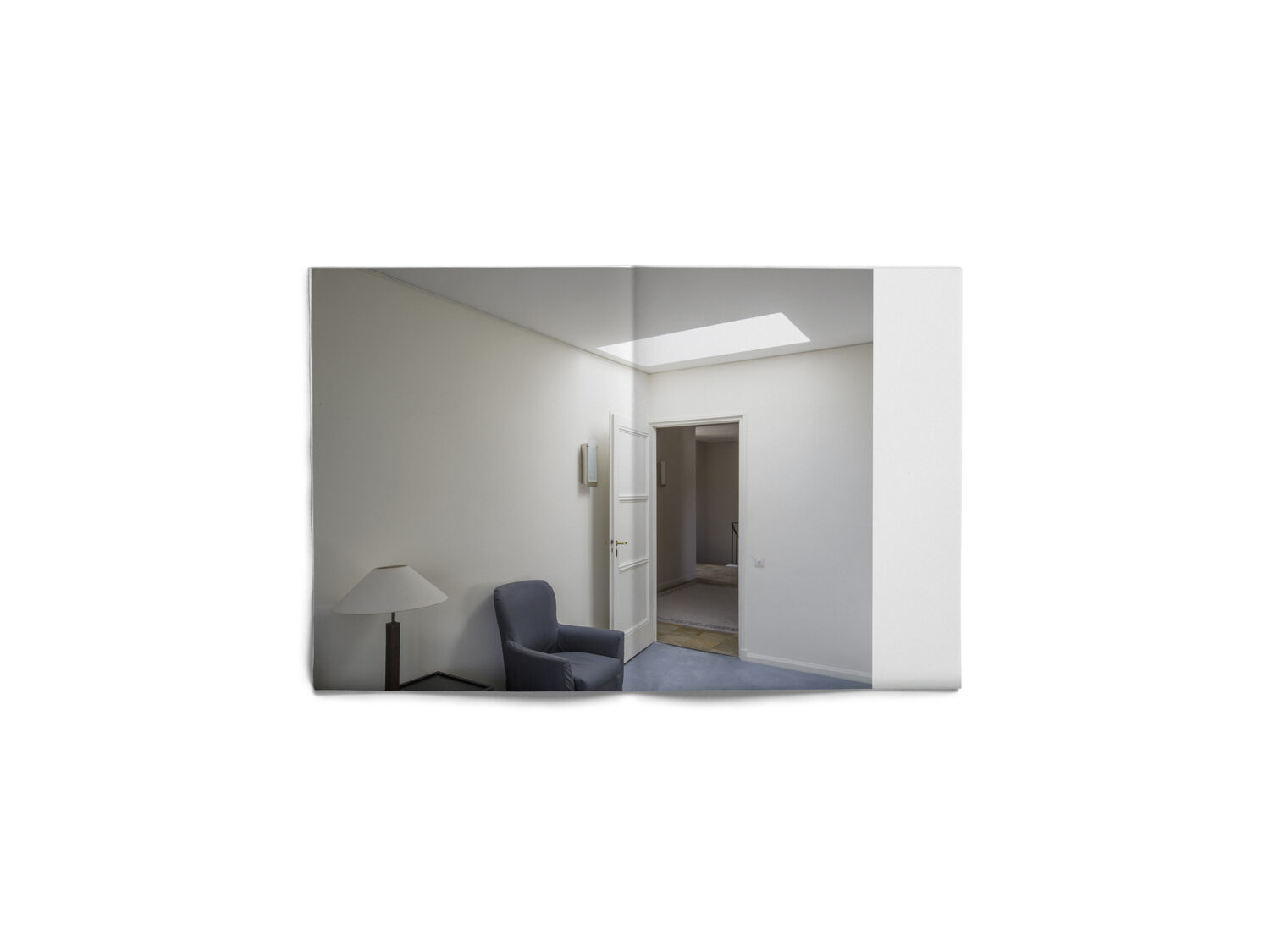